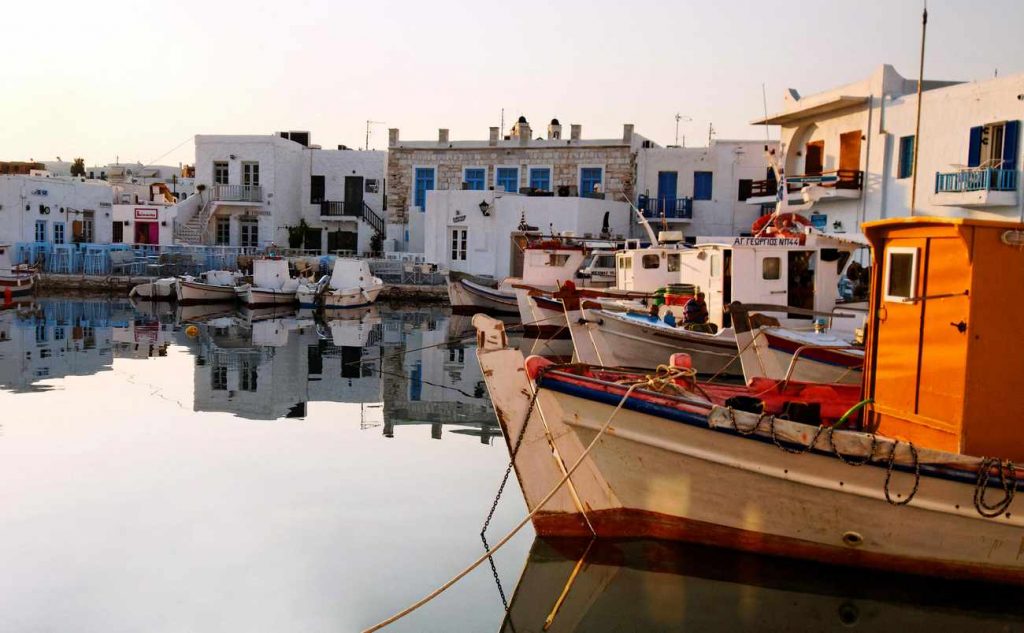 Paros, the third-largest of the Cyclades after Naxos and Andros, has developed into an important centre of tourism in recent years.

Gently rolling hills surround the centre and south-east of the island, which is predominantly agricultural and is occupied by endless vineyards, and lock within themselves the famous Parian marble.

The coastline is indented, with numerous small inlets and two large bays, those of Naoussa in the north and Parikia in the west. Paros has been inhabited since very ancient times, and was one of the centres of the Cycladic civilization.

Parikia (or Paros Town), the island’s capital and port, stands on the site of an ancient city. There is a picturesque and ruinous Venetian castle, and the courtyards of the houses of the town – all of them painted white – are full of pots of basil and hung with jasmine and honeysuckle. A broad paved avenue leads to the church of Ekatondapiliani or Katapoliani, one of the most important Byzantine monuments in the whole of Greece and a place that figures largely in legend. It is dedicated to the Dormition of Our Lady, and on her feast day (15 August) there is a great celebration on the sea-front with fireworks and songs of the sea.